Isn’t dyslexia that thing that makes it hard for people to read and write? So what has that got to do with speech and language therapy?

Good Question! The definition of dyslexia is: ‘a general term for disorders that involve difficulty in learning to read or interpret words, letters, and other symbols, but that does not affect general intelligence.’

People with dyslexia often get the order of letters mixed up when writing and find it hard to read ‘sight words’ (words in which most people can read on sight, for example ‘the’).

Some signs of dyslexia are:

✔ More difficulty understanding something they have read themselves than something read aloud.
✔ Slow to develop phonological awareness skills – these are skills such as rhyming, segmenting words and blending sounds.
✔ Difficulty pronouncing certain sounds (though this does not always mean dyslexia)
✔ Difficulty naming the letters of the alphabet
✔ Inconsistent spelling errors
✔ Writing letters and numbers the wrong way round persistently (e.g. ‘b’ and ‘d’)
✔ Slow at reading and reading seems effortful
✔ Better at answering questions verbally than writing answers
✔ Difficulty remembering sequences such as the months of the year
✔ Poor handwriting and slow writing speed
✔ Difficulty taking notes or copying
✔ Difficulty remembering things such as phone numbers

Someone who has difficulty reading printed words, may also have difficulty understanding what they have read, even if they successfully read the words.The reason for this is that they are often having to stop and sound out words, and so can forget what they have just read. Part of this is something called ‘word attack’.

Someone without dyslexia could read a word and break it down to help them understand it, for example for the word ‘refunded’, it could be broken down into ‘re’ (again), ‘fund’ (money), ‘ed’ (past tense) and therefore it can be surmised that this word refers to getting money back, however someone with dyslexia may have difficulty segmenting the word in this way.

So, how can a Speech & Language Therapist help?

Phonological awareness basically means understanding the sounds that make up language. When a child begins learning to read, it is important for them to make the link between the correct sound and the individual letters and letter combinations in order to sound words out. This is called decoding and is how every child starts to learn to read. Eventually, high-frequency words become familiar and reading becomes more automatic.

As a person learns more words and expands their vocabulary, the brain develops knowledge around unwritten rules about permissible phoneme and vowel combinations in language. Children build on this understanding through language play, such as engaging in word games where they guess at word endings, practice substituting one sound for another, rhyming and singing.

People who have dyslexia usually find rhyming and language play more difficult than their peers. They often struggle with sequencing sounds and may struggle with games where they need to change the middle vowel or use the beginning of one word with a new ending. Tongue twisters are particularly difficult.

Speech and language therapists have a lot of knowledge around the development of phonological awareness skills and several of these skills have been linked to success in learning to read and spell. Children who require speech therapy are more likely to develop reading problems later on so developing strong phonological awareness skills in children with speech delays can be helpful when learning to read.

The only way for a person with dyslexia to work on these skills is to practice them. Here are some ideas of what you could focus on when teaching phonological awareness:

✔ Rhyming – what rhymes with ball? Do frog and pig rhyme?
✔ Segmenting into syllables – co-ca-co-la
✔ Blending syllables – If we put ‘b’ with ‘oi’ what word does it make?
✔ Identifying initial and final phoneme in a word – what sound does ‘dog’ start with? What is the last sound in ‘pen’?
✔ Segmenting words into individual sounds – What sounds are in ‘splash’?
✔ Manipulating sounds in words – If we take the ‘b’ from ball what word do we have?

A child who is having trouble with speech sounds due to phonological awareness difficulties will have trouble producing all the sounds in certain categories. It should be possible to see patterns in a child’s speech, for example they may replace all long sounds (sounds that can be held out like ‘s’) may be replaced with shorter sounds (like ‘t’).
The child could have one sound error pattern or they may have several going on at one time, which can make the speech very difficult to understand.

For a person with difficulty producing sounds, a speech and language therapist should be your first port of call to support them.
Some people with dyslexia also have dyspraxia. Dyspraxia is a fine motor skills difficulty that impacts on movement coordination and sequencing. This can affect the muscles used in speech production and cause language delays.
Some people with severe dyspraxia may even have to use alternative methods of communication as speech is so effortful and difficult to understand.

This is one of the symptoms of a word finding difficulty and studies in applied linguistics have revealed that the way in which we store words to retrieve from the mental lexicon is through word-initial sounds.

This means it is possible for the brain to choose a different word which starts with the same letter, for example ‘bandana’ instead of ‘banana’ or a word that contains similar sounds but has a different meaning, for example ‘accelerate’ and ‘incubate’.
Word finding difficulties are not the same as having a lack of vocabulary knowledge, as the person does know the word they are just unable to recall it at that moment.

Speech and language therapists work with many children who have difficulties in this area, and use strategies to help the child retrieve the word, for example working on category knowledge.

Here are my favourite games to work on word retrieval:

The buzzer game. Using a timer, ask the child to name as many things as they can in a certain category (category could be zoo animals, foods, clothing brands, film characters etc) and stop the timer after a minute. They can compete against you or someone else to see who can name the most in the minute.

Association games. Make a list of things that go together, for example fish and chips or salt and pepper, then give the child one of them (e.g. salt and…) and get them to think about the second part. If they are having difficulties you could mix up all of the second parts and get the child to match them up.

Synonyms. Ask the child to think of as many words as they can which mean the same as a given word (for example happy), you can either give them a set time to do this in or you can ask them to name a set amount and see how long it takes them.

I spy. This can be used to work on thinking of the first letter of words, you can extend this if the child is able to think of the item you were thinking of by getting them to choose something starting with the same letter.

You may hear speech therapists commenting on a person’s ‘processing time’. This term refers to the length of time it takes a person to process the information given to them and then respond to it. People with dyslexia generally require longer processing time and more repetition of spoken language in order to learn.

People with difficulties with their short-term memory find it harder to recall and repeat spoken information. For example, a person with dyslexia who is asked to repeat something the teacher has just said may not be able to find the words to do this, even though they were listening and paying attention. The more a word is repeated, the easier it will be for the person to remember it. This difficulty with recalling spoken information is also a reason why a person with dyslexia will find learning another language more difficult.

My top tips for helping people with auditory memory difficulties:

✔ Write down information as well as providing it verbally
✔ Repeat information multiple times in the same way each time
✔ Remind the person to take notes if they need to
✔ Use pictorial prompts as well as graphs and tables to make the information as visual as possible
✔ Teach memory techniques as a study strategy (e.g. mnemonics, visualisation, oral rehearsal, numerous repetitions)

So there you have it; these are some of the most likely speech and language needs you will find in people with a diagnosis of dyslexia. Not all people with dyslexia will experience all of these difficulties, and in some cases they will be more severe than others. An assessment from a specialised speech and language therapist would usually be recommended for any child with a diagnosis of dyslexia.

Mable’s clinical services are based on the unique needs of each individual student. Mable supports pupils with a range of speech, language and communication difficulties including:

Isn’t dyslexia that thing that makes it hard for people to read and write? So what has that got to...
Read More 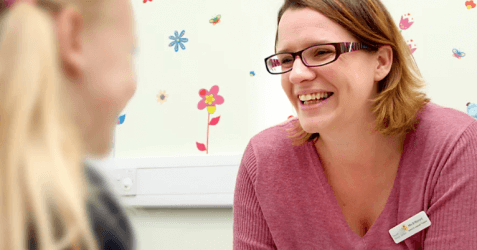 What does a Speech and Language Therapist actually do?

Lots of people won’t have encountered a Speech and Language Therapist unless they or someone they know has needed one....
Read More 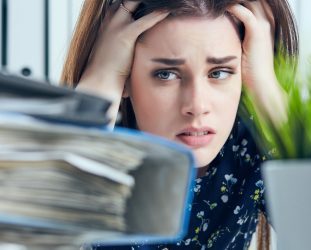 SEND Review – “Why would I put myself through that?”

Early Friday morning my phone rang, number unknown. The reason for the call was to cancel our SEND review (audit)...
Read More

Join the Senco Forum! It will only take a minute